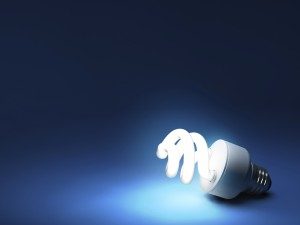 There are many myths about LED lights out there, it’s time to get down to the truth.

Light-emitting diodes, or LEDs, are a popular choice in the lighting industry, as many companies offer a large variety of LED products. However, as with any new popular product on the market, there are many judgments and false claims circulating about LEDs. Many customers believe that these lights aren’t as efficient as manufacturers claim them to be, but that is simply untrue.

One of the most common misconceptions about LED lights is that they are much more expensive than other lights, but that isn’t entirely true. LEDs have dropped significantly in price since they came on the market, and are now at a very similar price point than most bulbs. And while the pricing may be a little bit higher, LEDs will cost a lot less in the long run. The average lifespan of a LED bulb is 50,000 hours, whereas outdoor flood lights last around 35,000 hours, a compact fluorescent bulb lasts 8,000 hours and an incandescent light bulb only lasts for 1,200 hours. So although the initial price of LED lights is higher, the annual operating costs are significantly lower.

Another common myth about LED lights is that they aren’t bright enough to adequately illuminate a room or outdoor area. This is because the brightness of LEDs is often measured in watts, while it should really be measured in lumens. For instance, a 100-watt incandescent light bulb and an 8-watt LED bulb both output 1,6000 lumens, making the LED bulbs more energy efficient while still being bright.

While many people know that LED lights are energy efficient, some consumers still don’t believe this fact. As we just mentioned, 100-watt incandescent light delivers the same amount of light as an 8-watt LED bulb does. This means that LED bulbs are actually up to 12 times more efficient than incandescent bulbs. In comparison to a 15-watt fluorescent light bulb that outputs 1,600 lumens, the LED light is still almost two times more energy efficient.

Get In Touch With Aqua-Bright Irrigation & Illumination Today

Are you interested in implementing LED lighting on your property? For more information about outdoor lighting for your Maryland home, call Aqua-Bright today at 410-489-9009 or take a tour of our website. We offer top-notch irrigation services from seasoned professionals. You can follow Aqua-Bright Irrigation and Illumination on Facebook, Twitter, Google+, and LinkedIn for more updates and information about our illumination and irrigation services! For examples of our work, check us out on Pinterest, too.

Categories: Outdoor Lighting | Tags: Aqua-Bright, energy efficient lighting, LED lighting, and outdoor lighting
This entry was posted on Thursday, October 12th, 2017 at . You can follow any responses to this entry through the RSS 2.0 feed. Both comments and pings are currently closed.